Withstanding the compounds of four-and-a-half decades and touching the hearts of every passing generation, The Beatles’ self-titled ninth LP, popularly known as “The White Album”, contains some of the British superstars’ most beloved melodies, phrases and characters. 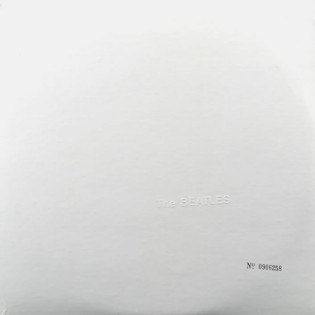 The album was the first release following the death of their long-time manager, Brian Epstein, and the band was not only experimenting with a variety of drugs, they were starting to grow in separate directions. It was evident by the way the album was recorded that the band was on the verge of a breakup. Members sometimes slept in beds right in the studio and, for the most part, songs were written and compiled without the extensive collaboration they’d been known for.

It was almost as if four separate artists threw their own material into the mix as was noted loosely by then rock journalist, Lester Bangs.

Collaborative or not, the album features one of the most diverse compilations of music on one release in rock history. It boasts a variety of styles, ranging from folk and mellow rock, to chaotically melodic rock n’ roll to blues; and even has flavors of classical.

Upon its release and ever since, listeners of every generation have searched for hidden meanings in the albums dark lyrics and rebellious overtones. Phrases like “the walrus was Paul” puzzled scores of loyal listeners. The popular “Helter Skelter” and “Piggies” were songs that Charles Manson claimed contained the instructions for his wacked-out plans to murder the wealthy. And the most buzz-worthy tidbit comes when John Lennon subliminally claims, amongst wonderfully disorganized sound effects, that “Paul is dead,” sending fans and the press into a media meltdown.

Opening the album is the radio-friendly “Back in the U.S.S.R” followed by the sweet, innocent melody of “Dear Prudence.” “Glass Onion” references an array of earlier Beatles songs in its lyrics and offers the controversial phrase about Paul being the walrus- which John Lennon claimed was just something to confuse people. The more simple and happy, “Ob-La-Di-Ob-La-Da” became a timeless sing-along favorite, which is a stark contrast to the more bizarre and extremely short “Wild Honey Pie” and the tale that left many Beatles fans scratching their heads, “The Continuing Story of Bungalow Bill.” Later Lennon explains (and Mia Farrow confirms in her autobiography) that ‘Bungalow Bill’ was inspired by a boy named Bill who left their meditation session in India with the Maharishi to hunt tigers.

“While My Guitar Gently Weeps” is one of George Harrison’s crowning achievements and one of the few tracks on the album written by him. Side 1 concludes with one of the most misinterpreted songs on the album, the wonderfully complex and musically-varied, “Happiness is a Warm Gun.” I stick to my ‘guns’ with my interpretation which I have held for many years – and it is purely sexual. In fact, it was banned from the BBC for its arguably sexual references. The track features changing time signatures, authoritative guitar licks, and doo-wop-ish backing vocals boasting harmonies and the lines, “…happiness; bang, bang, shoot, shoot.”
Side 2 opens with the piano-driven “Martha My Dear” followed by the soft opening to “I’m So Tired,” Lennon’s testament to his insomnia during his time at a meditation camp. “Blackbird” follows, with Paul McCartney singing solo with just an acoustic guitar. The added sound of a unison vocal part is McCartney’s voice on a separate track.

Side 3 commences with “Birthday” before rocking its way to the hard-edged blues track “Yer Blues.” The soft, quiet sounds of “Mother Nature’s Son” are contrasted by ‘Everybody’s Got Something to Hide Except for Me and My Monkey” that rocks its way through some of the coolest and most complex guitar riffs on the album. Although Lennon claims that the song was about him and Yoko Ono, most friends, including McCartney and Harrison, believe it was about Lennon’s heroin habit. “Helter Skelter” is in my opinion, one of the greatest rock n’ roll songs in history with some of the coolest guitar sounds ever recorded. Side 3 concludes with the obscure ‘Long, Long, Long.” Slowly bringing the album to a close is the ultra-obscure, experimental “Revolution 9” the album’s longest track. Consisting of countless sound effects, fading, distorted voices (often spouting out, “number 9, number 9…” and melodies played backwards, it is the only track that Yoko Ono contributed to. The album concludes with the appropriately-titled “Good Night.”

For those who have never listened to the album in its entirety (or at all); I urge you to throw on some headphones, close your eyes, and take a 90-minute musical vacation – and journey through one of the most creative, abstract, diverse, influential and beloved albums in music history.