My distinct memory is of a first listen with about five or six friends standing around a folding table late on a Saturday night.

I was a fourteen-year-old high school freshman when I first heard what would later be known as the “White Album”. It was the first Saturday night following the Thanksgiving holiday in November of 1968 and I, along with a handful of friends, was working the cloakroom at our local high school dance. At around 11 o’clock, just as we were wrapping it up for the night, a friend walked in with an unopened copy of the new Beatles album in the impressive slick looking two-cassette boxed edition.

Cassettes were a relatively new thing back in 1968 and we watched anxiously as he carefully removed the cellophane wrapping from that beautifully packaged black box case. 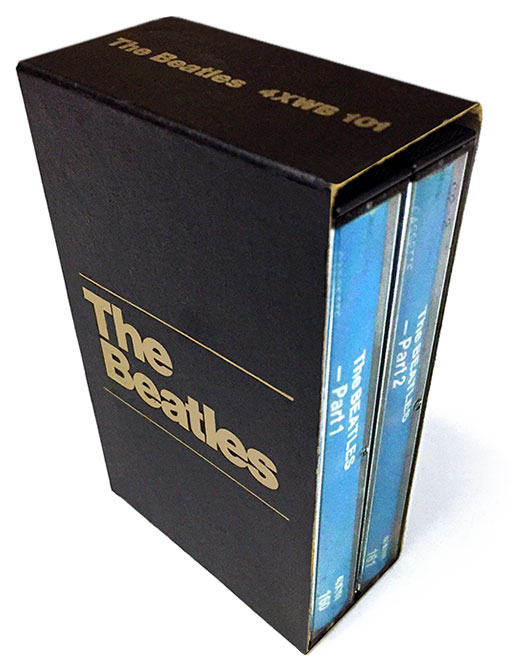 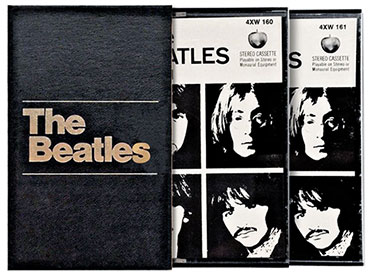 Little did we realize what awaited those of us who would soon purchase the album version which came with the four Beatles headshot photos and the fold-out poster.

Our friend had also thought to bring along one of those single speaker cassette players popular at the time so we could all hear it. The listening experience that night was a lot like hearing it over an AM Radio, not so unusual back then as we’d heard most new music for the first time over the AM airwaves. We started with side-one of the first cassette and continued listening intently over the next hour and a half. Today, over 50 years later, the album still has the same kind of impact on me as it did that night I first heard it. It became, more than any other single album, the one indispensable part of the playlist comprising the soundtrack of my life.

Released as a double-album on vinyl containing four unique sides each playing like a different act in a four act play. The album itself folded open each side containing one record. It also included four full-color photographs of each of the Beatles and a large poster that unfolded to reveal a collage of photographs haphazardly thrown together on one side, and the lyrics to each song printed on the reverse side.

Those photographs were images, both past, and present, of the band. One image revealed a mellow John Lennon sitting cross-legged and naked in bed with Yoko Ono. Another, a relaxed Paul McCartney floating in the bath, Ringo Starr in a bright yellow Edwardian shirt, and a contemplative George Harrison in black and white. All packaged inside this strikingly plain white sleeve with only The Beatles embossed on the cover along with a unique stamped serial number.

I received my first copy as a Christmas present later that year. Since then I’ve repurchased it in so many different packaged variations (i.e. on cassette, 8-track, real-to-real tape, colored vinyl, CD’s, DVD 5.0 Surround Sound, mp3’s, even once on a USB-stick) that I’m not sure I can remember them all.