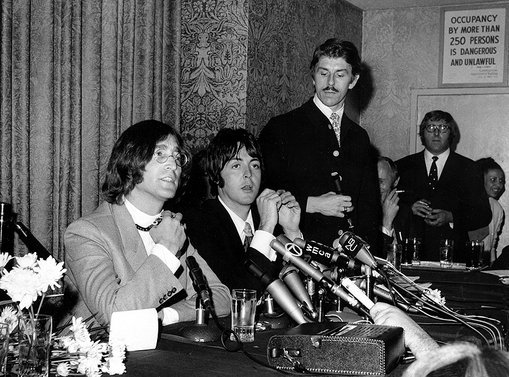 John Lennon and Paul McCartney of the Beatles announce their business venture, Apple Corps, Ltd., at a news conference in New York City on May 14, 1968. 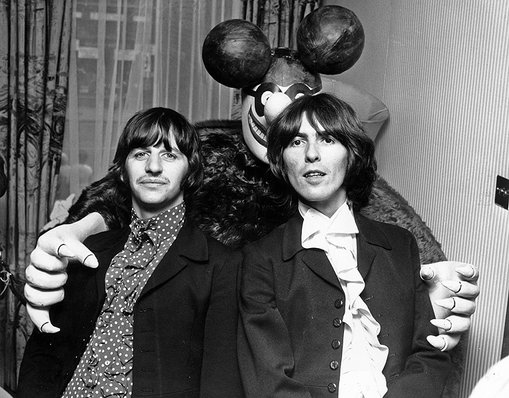 Ringo Starr and George Harrison pose with a Blue Meanie from their film Yellow Submarine on July 8, 1968 in London. 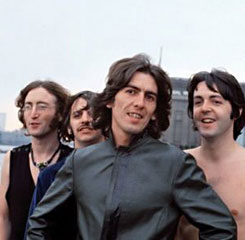 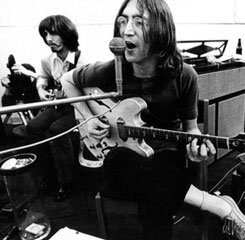 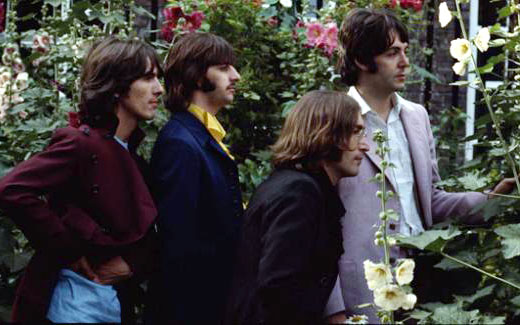 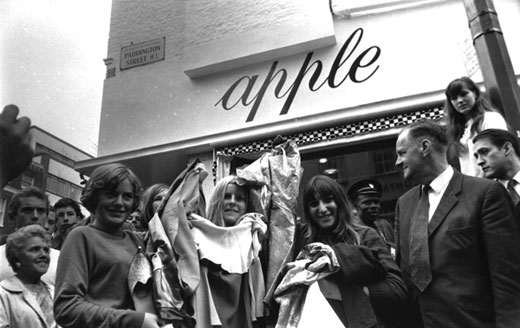 Tired of being shopkeepers, The Beatles’ members give away thousands of pounds worth of Apple stock in Baker Street, London, on July 31, 1968. 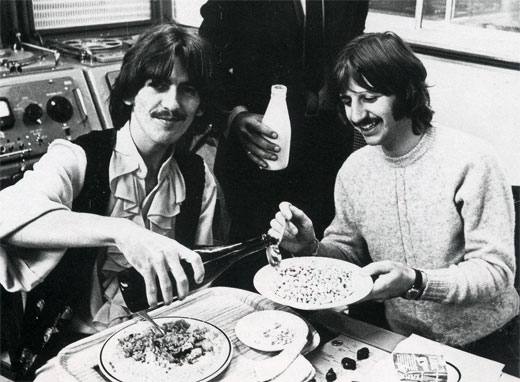 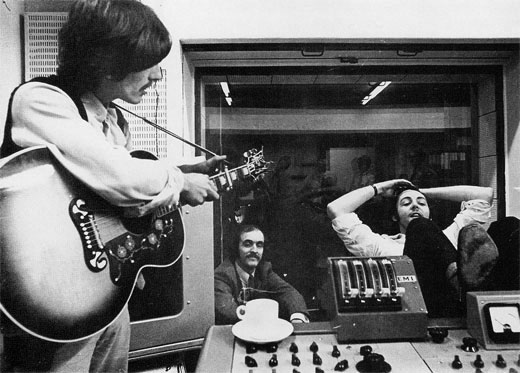 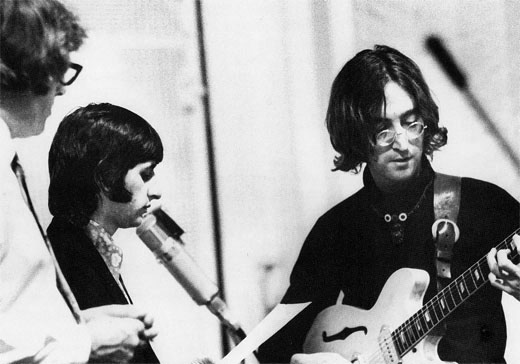 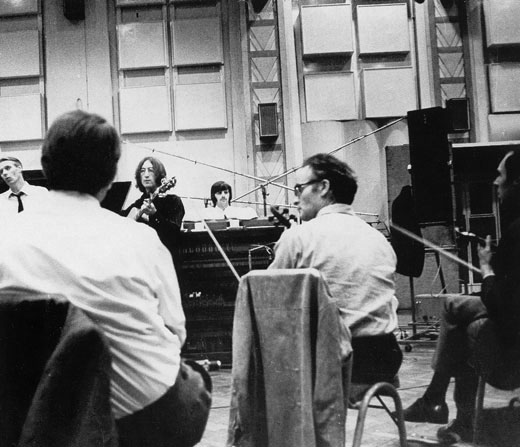 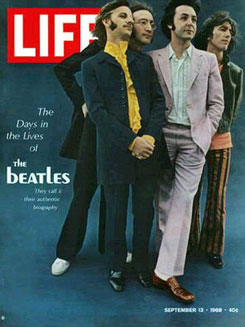 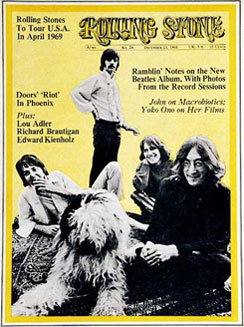 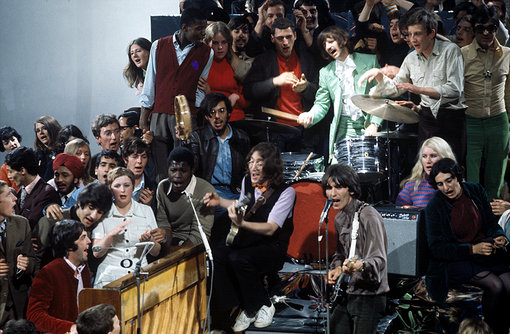 The Beatles performing “Hey Jude” on the David Frost Show (1968) 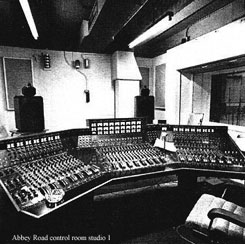 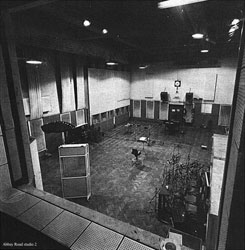 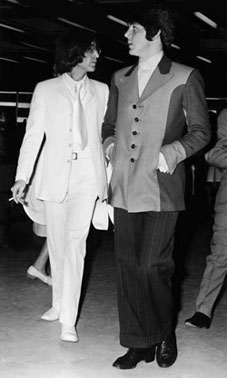 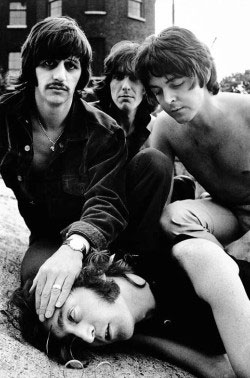 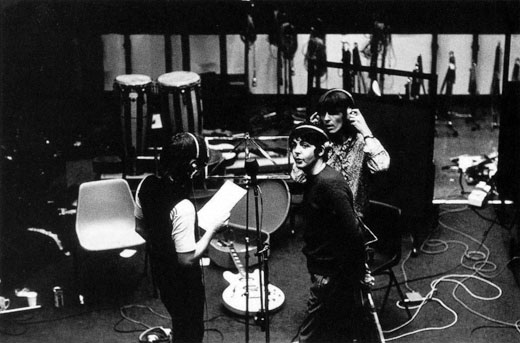 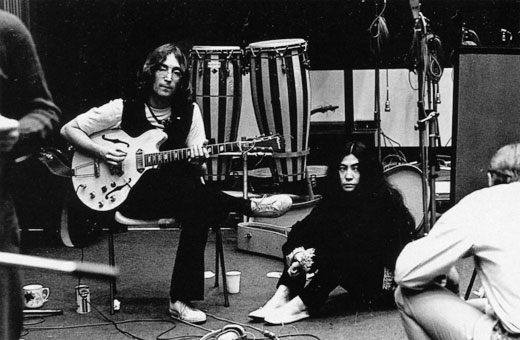 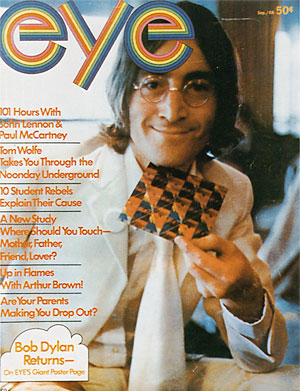